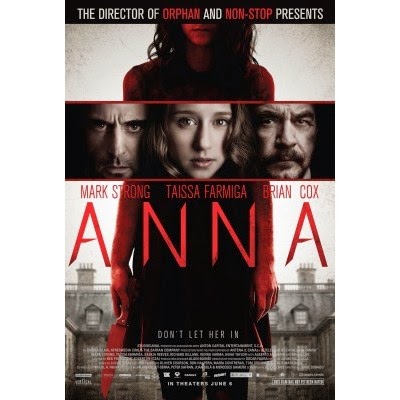 In the near future or an alternate reality, there are memory detectives, people who have the ability to enter other peoples' electronically aided memories. They often are used to resolve psychological conflicts, and sometimes to exonerate someone from a crime. John was at one time the top in this field but he has been recovering from the death of his wife, and a stroke. To get back into work the head of the small firm he works for offers him what is supposed to be a simple job, getting 16 year old Anna to start eating again. However, the "simple job" turns into his most challenging.

My thoughts:
Why it that people that should know better always get sucked into bad situations.  They are supposed to be trained professionals.  John is a "memory detective" that get's sucked in by Anna's memories and don't see the signs.
Unfortunately we saw it all and we guessed some of the vital facts of the movie early on.  But it was still an enjoyable few hours watching John being manipulated by a very clever young girl.