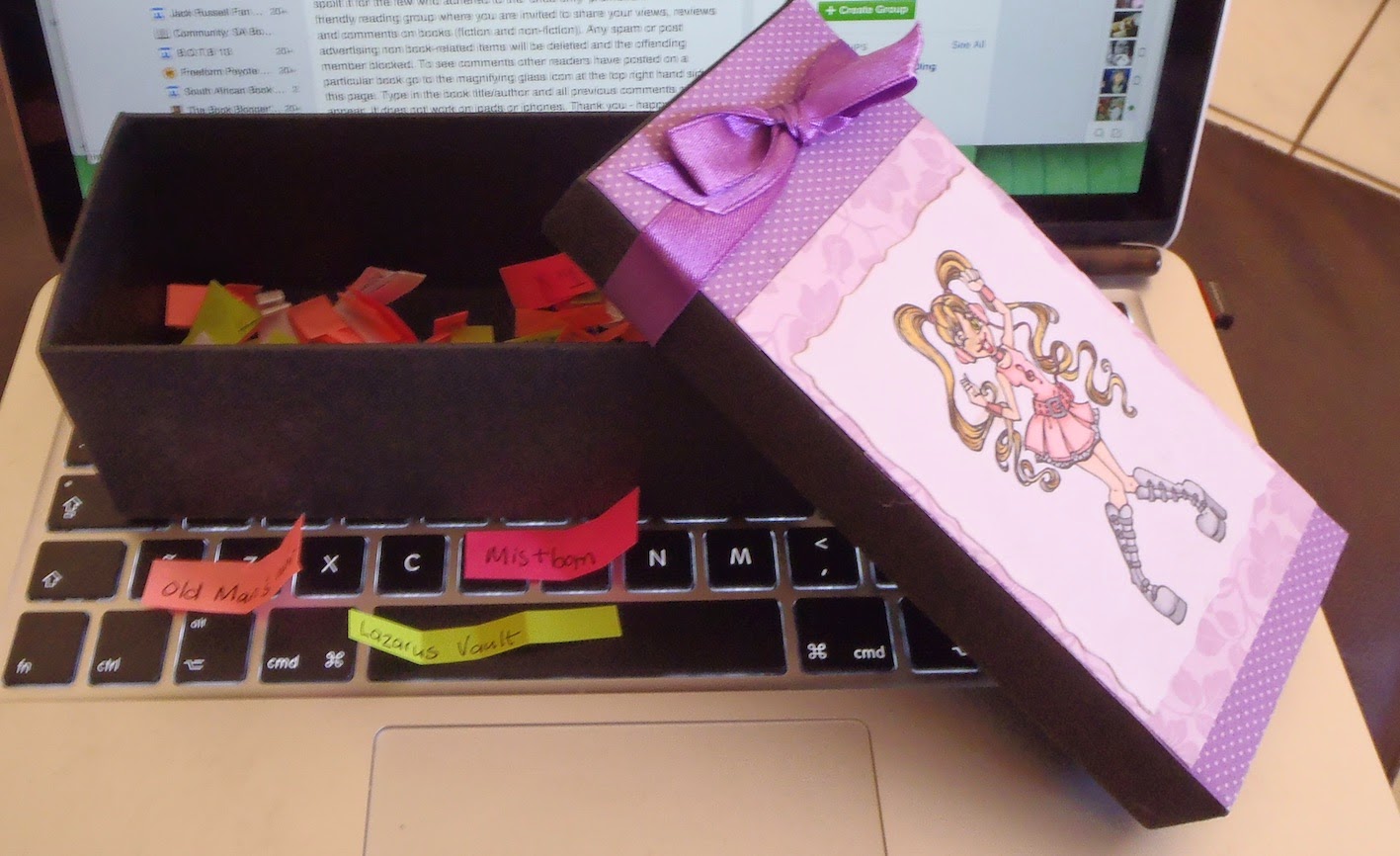 I have been taking a look at my TBR for a while and have at last finished making a list.

There are 110 physical copies of (e)books or audiobooks in my list.  Not so bad.  I thought it was much worse.  I have also updated my Goodreads TBR list taking off books that I am no longer interested in.  Life is too short . . .   So now I have a total of 157 on my list including books I have not bought yet.

I am planning on drawing three books a month so that I can reduce my pile and then the rest of the month can be "this-is-what-I-feel-like" books.

My first three choices are:


Everyone has been talking about Brandon Sanderson.  I am not usually a fantasy fan but I am going to give it a shot :)

In a world where ash falls from the sky, and mist dominates the night, an evil cloaks the land and stifles all life. The future of the empire rests on the shoulders of a troublemaker and his young apprentice. Together, can they fill the world with colour once more?In Brandon Sanderson's intriguing tale of love, loss, despair and hope, a new kind of magic enters the stage - Allomancy, a magic of the metals.

John Scalzi is a favourite of many of my bookish friends, so I will try this one this month.

John Perry did two things on his 75th birthday. First he visited his wife's grave. Then he joined the army.

The good news is that humanity finally made it into interstellar space. The bad news is that planets fit to live on are scarce-- and alien races willing to fight us for them are common. So: we fight. To defend Earth, and to stake our own claim to planetary real estate. Far from Earth, the war has been going on for decades: brutal, bloody, unyielding.

Earth itself is a backwater. The bulk of humanity's resources are in the hands of the Colonial Defense Force. Everybody knows that when you reach retirement age, you can join the CDF. They don't want young people; they want people who carry the knowledge and skills of decades of living. You'll be taken off Earth and never allowed to return. You'll serve two years at the front. And if you survive, you'll be given a generous homestead stake of your own, on one of our hard-won colony planets.

John Perry is taking that deal. He has only the vaguest idea what to expect. Because the actual fight, light-years from home, is far, far harder than he can imagine--and what he will become is far stranger.

And then lastly a novel by I an author that I have enjoyed before.

800 years ago, one man wrote the legend that became the greatest quest in history...Deep in the heart of London, the Monsalvat Bank is small, secretive and fabulously wealthy, with roots going far back into the middle ages. When Ellie Stanton, an impoverished graduate student, is unexpectedly invited to join the firm, the privileged world they offer looks too good to turn down.But the bank is more than it seems. Soon Ellie realises that her life belongs to her employers - and they're watching her every move. For buried in their medieval vaults lies a closely guarded treasure of immeasurable power - one inextricably bound up with Ellie's extraordinary history.Now Ellie is in a race against time, hunted by the bank and pursued by her past. Her only hope of escape is to unearth the secret hidden in the vault. But getting in is only the beginning...

How large is your TBR?
Posted by Unknown at 5:30 PM No comments: 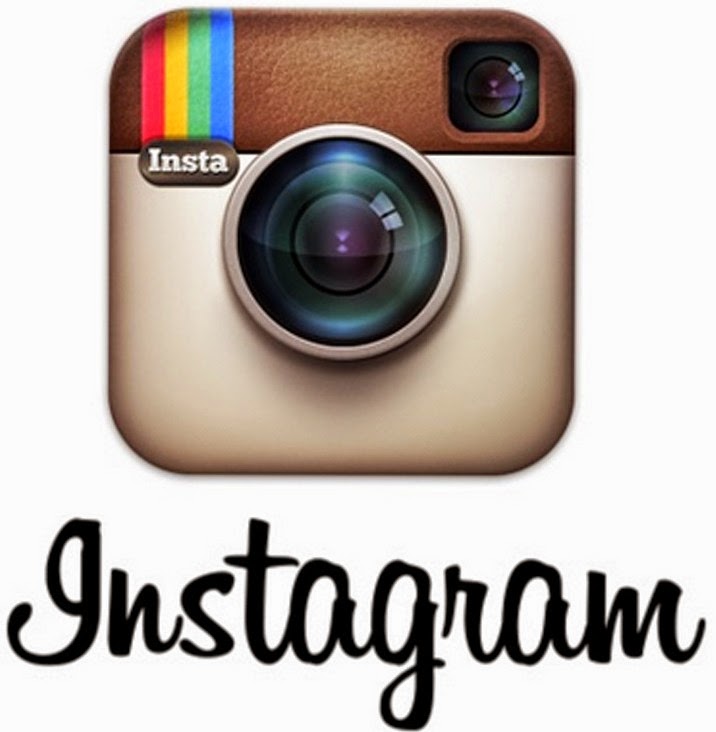 I am a bit of a techo-phobe.

It took me years to warm to Facebook.  Today I love it but social media is hard for me to feel comfortable in.  Even today, twitter is not my friend.  I am hoping that Instagram will be a good fit for me.

The concept intrigues me.  Taking photos and posting them - sounds like something I would enjoy.   I have always felt a bit awkward posting random photos to Facebook, so this might be the perfect solution for me.  I have only posted two photos so far.  Hopefully things will pick up in the next few days, weeks . . . months.

I have been reading a few how-to articles and it does not sound too difficult.

Unfortunately I have a crappy phone, so I am sure the photos will not be of the quality that I would like but I am upgrading to a new phone in a few months.  Until that time it will have to do.

I would love to hear what you think of Instagram and tips will be most welcome.
Posted by Unknown at 8:00 AM No comments: