I have two weeks. You’ll shoot me at the end no matter what I do.

That’s what you do to enemy agents. It’s what we do to enemy agents. But I look at all the dark and twisted roads ahead and cooperation is the easy way out. Possibly the only way out for a girl caught red-handed doing dirty work like mine — and I will do anything, anything, to avoid SS-Hauptsturmführer von Linden interrogating me again.

He has said that I can have as much paper as I need. All I have to do is cough up everything I can remember about the British War Effort. And I’m going to. But the story of how I came to be here starts with my friend Maddie. She is the pilot who flew me into France — an Allied Invasion of Two.

We are a sensational team.

My thoughts:
What an unusual experience this book was!  This was once again one of those books that I went in blind.  Maybe I should make that my standard way of choosing books.  I seem to find a lot of my 5 star reads this way.  Or maybe I should just keep away from others’ reviews so that I don’t get influenced and then be disappointed by their views.  That happens to me a lot!

But to the book. Code Name: Verity is a story of World War II told in two parts.  In part one we meet Verity.  She has been captured for looking the wrong way when crossing the road.  Her first day as a spy and she is captured for just crossing the road!  Now her life is in the balance and she has two weeks to tell her captures everything she knows.  And she will.  She will give them all the names, all the details, all places she can remember - everything.  Because Verity is only a girl named Julie.  A girl who wants to live.  But reality is cruel and often intrudes her reminiscing.   She is convinced that there is only terror in her future and maybe she is right. 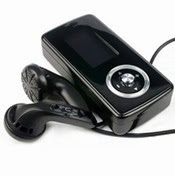 The second part shows us all the events through the eyes of her friend, Maddie.  Maddie is a spunky girl that just wants to fly.  She will become one of the many civilian woman pilots that helps in the war effort.  She is a great pilot even trying to save her friend as her plane is coming in for an unavoidable crash.  Maddie is taken in by the French Resistance and hid in a barn while she remembers all the events that led up to her and Julie’s flight into enemy territory.

It is hard to say any more than this without giving away spoilers, so just let me say that Julie and Maddie stayed with me long after I listened to the last sentences.  I am once again amazed at how brave people can be even if it is just to go on living . . . Life is not always just about the joyous moments, sometimes it is just having the courage to open your eyes for one more day.

I think the subject matter is very serious for Young Adult and I would suggest it to older readers.  Also listening to the audio version is a great plus for this book.  Morven Christie and Lucy Gaskell takes you right into the reality of Maddie and Julie’s circumstances.  A great combination.

I would love to hear what you thought about Code Name:  Verity.  I am ready for the second book, Rose under Fire. 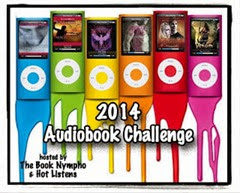