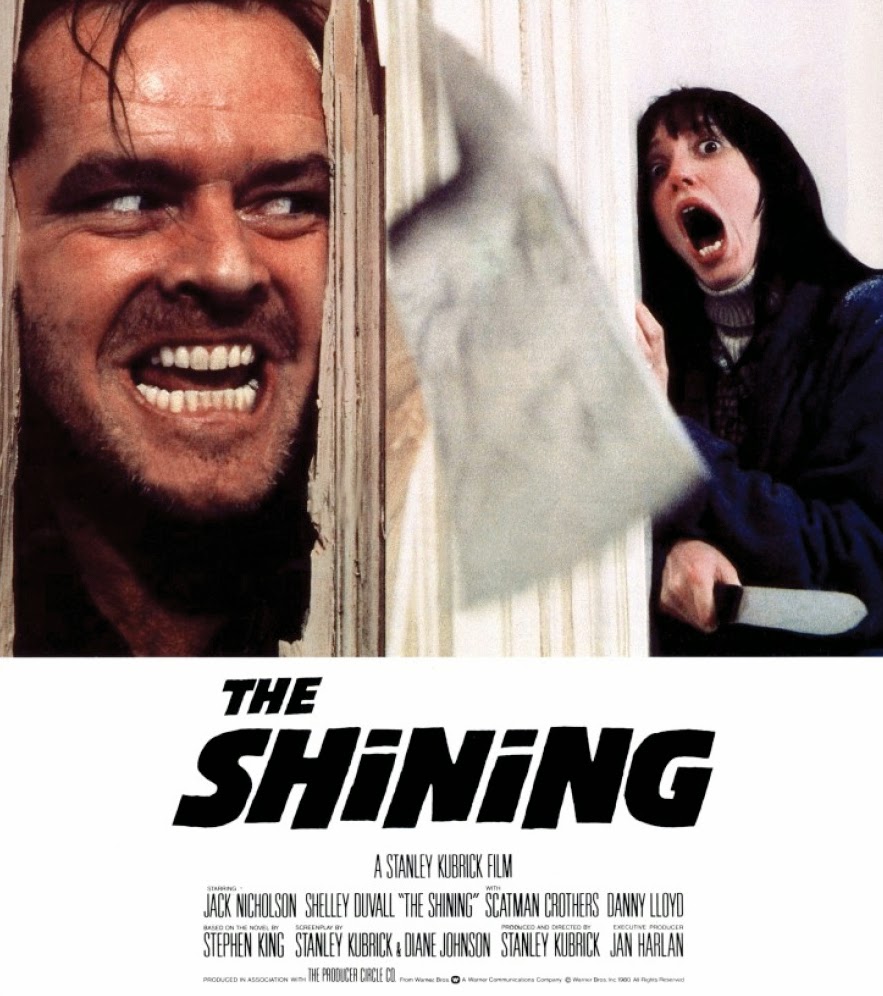 In the film, Jack Torrance, a writer and recovering alcoholic, takes a job as an off-season caretaker at an isolated hotel called the Overlook Hotel. His young son possesses psychic abilities and is able to see things from the past and future, such as the ghosts who inhabit the hotel. Soon after settling in, the family is trapped in the hotel by a snowstorm, and Jack gradually becomes influenced by a supernatural presence; he descends into madness and attempts to murder his wife and son. 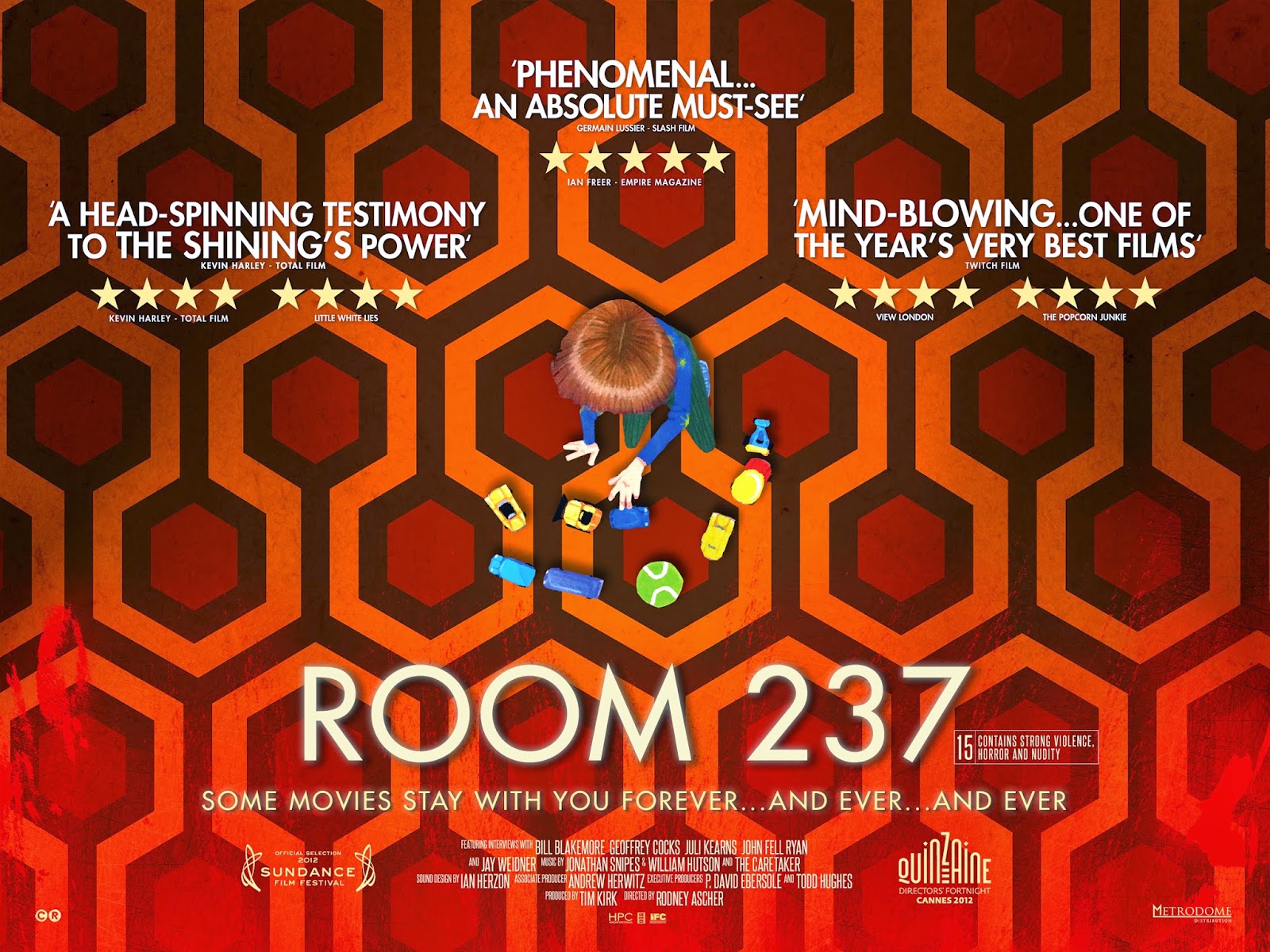 I was browsing around in my collection and found the documentary ROOM 237 which details the different theories of the possible symbolism of the movie, The Shining and I was immediately drawn in again.  I just love these kind of "conspiracy theories".  I am not able to think up these theories myself but I love reading about them!

Some of the deliciousness are:
The TV in the first scenes in the hotel does not have a cord (and why . . . )
Continuity in the movie (shown and debated if it was done on purpose)
The typewriter changes color continuesly.  Also the old German typewriter (and the repeating of the number 42 in the movie) represents the Holocaust.
Odd angles of shots and the reason for it
Symbolism in the movie suggest that the "fake Apollo landings" was supposedly filmed by Stanley Kubrick and he tried to tell the world.
The blood flowing out of the elevators are a metaphor . . . and on and on and on . . .

After watching this, I had to re-watch the movie also.  Wow, no-one does crazy like Jack Nicholson.  The movie is a little dated but it is still a favorite.

Now I will have to re-read the book!