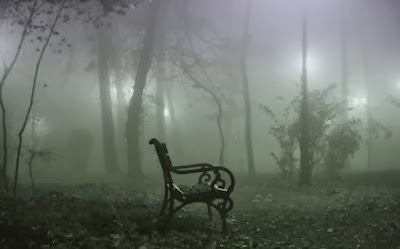 It is that time of year again.  Time to get out your favorite scary books and movies!

Even though we do not really celebrate Halloween in South Africa, I thought I would share some of my favorites today.  I just love horror books and movies.


Here are some of top picks - in no particular order.

The recent sequels has really diminished my memories of this franchise but the first movie really scared me senseless.  For a long time afterwards, I would not sleep if any part of my body was hanging of the bed or was not totally covered by the duvet.  And don't even remind me of the period that I  woke up every morning at  3am - too scared to walk my dogs outside.  The awesomeness that was 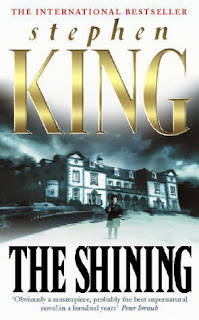 THE SHINING was scary for my in book form as well as in movie form.   Reading about the Torrance family who were snowed in while taking care of the Overlook Hotel, I had to put the book down a few time to catch my breath.


And who would ever forget the most memoral part of the movie  . . . . "here's Johnny".  No-one can do crazy like Jack Nicholson. 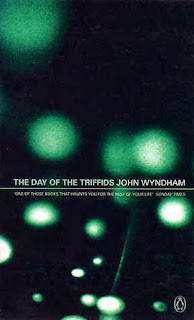 THE DAY OF THE TRIFFITS is a classic.  I love reading about the world coming to an end . . .

Here is what Goodreads says:  The risks of genetic engineering become horrifyingly real in this post-apocalyptic tale of the collapse human society and nature's revenge.

When Bill Masen wakes up in hospital after recovering from eye injuries, he is faced with a deathly silence. As he peels the bandages from his eyes he discovers that the rest of the world has gone blind and civilization has come to an end. A future of chaos and violence awaits him. But the greatest threat is yet to come: the triffids, genetically engineered plants who feed on human flesh. Sensing their new-found ecological advantage, they quietly escape from their confines and seize the day...


SHUTTER ( the 2008 remake) is a scary movie that is also a feel-good movie.  During the cause of the movie the terrible secret is unveiled and none of the perpertrators are safe.  No secrets can stay hidden forever.


CHASM by Stephen Laws was another "the world is coming to an end . . . " book.  Here is what Goodreads says about it:

"What lurks in the darkness of the chasm? "

Edmonville was an ordinary town full of ordinary citizens going about their everyday business. Then the tremor hit. Glass shattered, concrete crumbled, buildings collapsed, and everything vanished beneath choking clouds of dust. The few survivors emerged, only to confront a terrifying and unbelievable sight.

Most of Edmonville has disappeared into an enormous crevasse. The ruined buildings that remain are perched on a series of peaks, many of them separated from each other by hundreds of feet. The world outside seems to no longer exist.

But something is stirring deep below in the darkness. Something is about to emerge from the depths to unleash a horrifying onslaught on the survivors, an onslaught that will become a desperate fight to stay alive.


What are your favourites?
Posted by Unknown at 2:05 PM